Jane Ohlmeyer, Erasmus Smith’s Professor of Modern History at Trinity College Dublin, will this year deliver the James Ford Lectures, considered to be the most prestigious history lecture series in the UK.

Over six weeks Professor Ohlmeyer will explore the following themes:

Due to the pandemic, for the first time in their history, the lectures will be delivered exclusively online and available to a worldwide audience. The full series can be found here, and the first lecture will be held at 5pm on Friday 22 January.

Since 1896, the Ford Lectures in British History have provided a showcase for distinguished scholars to present their work to an Oxford audience, in a scholarly but accessible way. Each year a leading historian in their field is invited to Oxford University to tackle some of the biggest historical challenges over six weeks.

Professor Jane Ohlmeyer said: “I am honoured to be delivering the Ford Lectures with Oxford University in 2021 and to receive the invite from their Faculty of History where so many esteemed historians have gone before me. What excites me most is to be able to take the audience with me on a journey through Ireland and empire, an area which has taken up my life’s work as a historian.

“For many like me who grew up in Northern Ireland during the Troubles, Irish history had a very tangible impact on our lives, but Ireland’s imperial past has too often been forgotten or deliberately ignored. In an era of Brexit, ‘Black Lives Matter’ and ‘Rhodes must fall’, it is more important than ever that we understand its complicated legacy and how it has shaped our present.”

“We live in such a troubled world that understanding languages, understanding cultures and complex ethical problems, this all comes from the arts and humanities. If you want to make the world a better place they must be at the centre.” 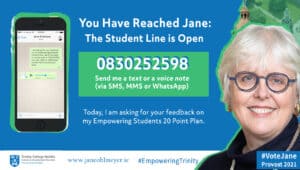 You Have Reached Jane: The Student Line is Open 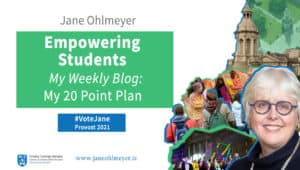 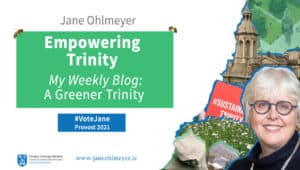